We are still pretty early in the development of the portable marijuana vaporizer, which means that mistakes will often be made with a new device. The real proof of how good a vaporizer is generally comes when the company making it delivers a new and improved version to the market. The PAX vaporizer was a big hit right out of the gate, but it had a couple of issues, mostly with clogging, that kept it from being the perfect device for the average weed vaper. The PAX 2 Vaporizer is now available, and it claims to have solved the problems of the older device, but is that indeed the case?

The first thing that you notice is that the design of the PAX 2 Vaporizer is as sleek and sophisticated as ever. This was one of the big selling points of the original, as it was truly a lightweight device that was small, efficient and easy to carry around. The same rules apply here, but it’s what’s inside this one that makes all the difference. Looks, after all, are only skin deep, and people still want a vaporizer that delivers the goods when it comes time to load the chamber with their material of choice.

The PAX 2 comes with a deeper oven than before, which means you are easily able to pack a lot of weed in there. The clogging issues have been dealt with, and a larger battery means more power than ever before. You are going to get more life out of this battery thanks to an ingenious little addition to the PAX 2. The intelligent motion and lip sensing features lets the vaporizer know when you are going to vape. It also makes it known when you are not, immediately cooling down the oven to preserve battery life. You won’t see any of this going on, but you will definitely experience the difference in battery life and consistency of vapor. 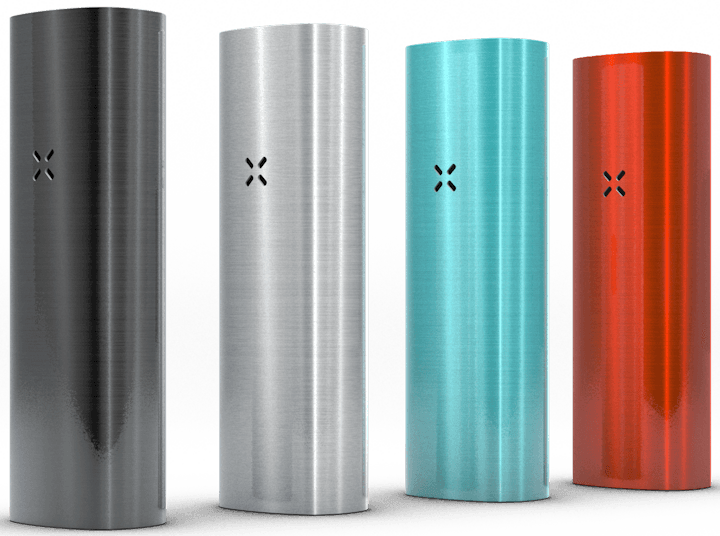 These changes have all been made despite the fact that the PAX 2 is smaller and lighter than the older model, which gives you an idea of just how hard Ploom have worked to make a more effective vaporizer. Using this device is as easy as always, as the unit heats up to your desired temperature setting in as little as 45 seconds, while the green LED light lets you know that it’s time to vape. The unit comes with a USB charger, giving you multiple different ways to keep the PAX 2 Vaporizer charged throughout the day. On average, you can expect to get 5 full sessions out of a full charge.

Given the price of the PAX 2, this may well be a weed vaporizer that is best suited for those who vape on a very regular basis. That said, if you are looking for a vaporizer that will last a long time and deliver a high level of quality throughout, the PAX 2 would prove to be a very wise investment indeed.