The vape industry has done all that it can to separate itself from the tobacco industry, as the two are as different as chalk and cheese. In spite of the obvious differences, there seem to be politicians across the country who are hell bent on making sure that people who use vaporizers or eCigarettes are tarred with the same brush as those who routinely smoke tobacco. All of this despite the fact that the health risks of smoking cigarettes on a daily basis are now well known to the general public. While there has not been enough research on the long term effects of using a vaporizer pen, the early signs appear to show that it is a much healthier way to get your nicotine fix.

The latest to jump on the scaremongering bandwagon is the state of California, as they have now raised the legal age for purchasing tobacco and alcohol from 18 to 21. There is a separate bill in play that would, if it passed, place vaporizers and eCigarettes in the same category as tobacco, which would mean that sales of vaping devices would also be restricted to those people who can prove that they are 21 or older.

While the tobacco portion of the legislation would appear to make sense, there are many who are seriously opposed to it. After all, 18 is the age when most of the civilized world views people as an adult, which would mean that you should be able 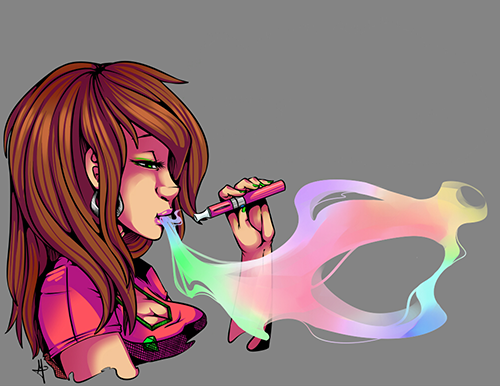 to make all kinds of decisions on your own, even if they are not necessarily the best ones that you can make. We are of the belief that vaporizers are a much healthier option than cigarettes, and there are an awful lot of people, politicians among them, who are of the same opinion.

There have been amendments made to the bill that would allow active military members to still purchase smokes at the age of 18. The government is fine with sending these young men and women off to fight their battles, but even they see the irony of telling them that they cannot do something that could negatively affect their health. There is also some real concern that this change in the law could have a real negative impact on the state financially, as there is a lot of money that comes in via tobacco and alcohol tax revenues. A large portion of that will likely go away with the 3-year age limit increase.

It seems that vaporizers and eCigarettes are being dragged into this battle for reasons other than health. There are no real studies showing any of the horrendous health issues that you get with cigarettes, which means that politicians are now forced to use the gateway device argument. The feeling is that younger people who use vaping devices will automatically make the step to cigarettes, even though many of the people that we know have gone in the opposite direction, never to return to tobacco. This is a battle that is just beginning, and we will be keeping a close eye on what takes place in the coming years.