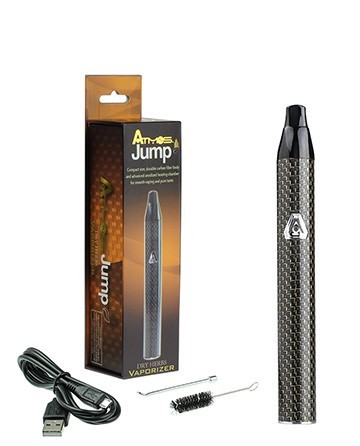 The stigma attached to smoking marijuana is beginning to fade, as it becomes more common for medical use, as well as for personal enjoyment. More and more states are looking into legalizing the drug, but oddly enough, the good old fashioned joint is losing ground in favor of the vaporizer pen. It has been about 20 years in the making, but the vape pen has now reached a point where it is being widely accepted as the best way to enjoy the flavor of marijuana.

The modern designs, like the VaporX XRT Vaporizer Pen are certainly a good deal more advanced than the likes of the BC Vaporizer that arrived on the scene back in the late 90’s. One of the main reasons for the rise in popularity of the herb vaporizer pen is the reduction in size, which makes it both portable and discreet. There is also the fact that celebrities are now getting in on the act and talking about their favorite herb vaporizer kit. Some have even taken it a step further, as witnessed by the Snoop Dogg Vaporizer Pen.

You can use a number of different materials, which means a dry herb vaporizer pen or a thick herb oil vaporizer pen can be used, depending on your personal preference. It also helps that for a relatively small investment, you can get a kit, like the AGO G5 Vaporizer Pen, that will allow you to get the greatest value from your buds. The cost per gram to vape with a pen is a whole lot less than what you would pay if you routinely rolled a joint.

There are plenty of other benefits to be had by using a vaporizer pen, and it all begins with what is produced when you take a hit. All this is exhaled is a small amount of vapor that is virtually odorless, and which very quickly dissipates. It would essentially be impossible for anyone to tell what is loaded into your pen unless they actually see you loading it. What you will also find is that the best pens on the market are now built to last, with the likes of the Kind Pen actually offering a lifetime warranty on all the parts.

The current laws make it difficult for consumers to really know the purity of the marijuana that they are using. Medical marijuana may be the exception, and in the states that have legalized the drug, the purity levels there are improving. Once the entire country gets on board with marijuana, which everyone is beginning to believe will happen, the purity levels will be as good as it gets, and the use of vaporizer pens will take another upswing.

Now, would be a good idea to get ahead of the game, and you can start by taking a look at the wide variety of vape pens that are currently on the market. Portable Hookahs has a selection that is tough to beat, with devices available to suit every style.