People don’t tend to think of smoking cigarettes as being an addiction, but that is generally coming from someone that has never tried to kick the habit. Let’s put it in a way that non-smokers might better understand. Caffeine is not viewed by many as being an addictive substance, but stop drinking coffee and soda today and watch what happens. You will become agitated, prone to mood swings, and will develop a headache that can last for days. That is exactly what smokers go through when they try to take nicotine out of their system.

There are a lot of ingredients that go into making the average cigarette, but it is the nicotine that makes smokers come back for more. Smoking cessation devices such as the patch and gum try to fill that need by delivering nicotine in increasingly smaller doses, but they tend to fail because they miss the mark on what smoking is about for many people. You watch a smoker who is trying to quit and you will generally see someone that puts their hand up to their mouth on a regular basis, usually with food or gum attached.

That repetitive motion towards the mouth is not there with most stop smoking devices, but it is with the hookah pens. Yes, the portable electronic hookah delivers all the elements that a smoker is used to except for one thing, which is all the nasty ingredients found in the average cigarette. Instead of smoke, e-hookah’s give off nothing but water vapor, which I what is created when the eLiquid is heated. It provides the nicotine that smokers crave, but does so in a way that is safe, and it can even be done in places where traditional smoking has been banned.

This explains why the electronic hookah pen is becoming such a popular choice with people looking to give up cigarettes for good. Many of these people aren’t just looking for a smoking alternative here, but a way to stop completely. This is something that can be quite readily achieved with hookah pens, as the user essentially gets to control how much nicotine goes into their body. Heavy smokers may start at the top end of the nicotine scale with their electronic hookah, which is at 2.4% nicotine. Once they get used to the vaping experience, they can start to scale that number back until they are eventually using nicotine free eLiquids in their hookah pen.

When they reach the point where there is no nicotine going into their system, they can still feel as part of the smoking crowd by vaping with their friends that still use cigarettes. The feeling of smoking and all the motions that go into it are still there, but the negative aspects of the experience will have been removed completely. If you have tried many different methods to quit smoking and have failed, it’s time you try electronic hookah’s, as this is likely to be the method that works. 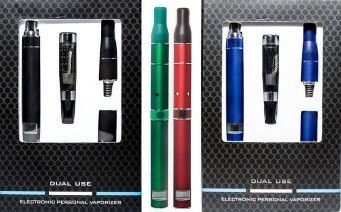