Punishment that fits the crime? 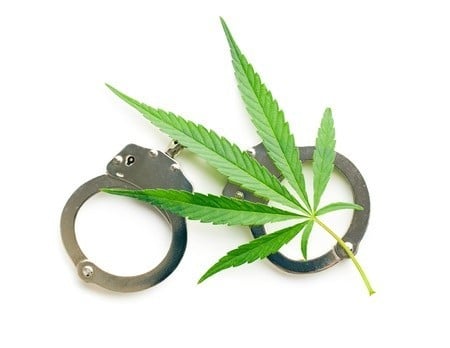 With attitudes towards marijuana becoming more relaxed, and laws around medical and recreational use changing throughout America it is increasingly ludicrous to imagine serving a life sentence for the possession of the substance. But only a few decades ago that was exactly the case; life sentences were handed to even first-time offenders in marijuana related crimes.

Although things are changing drastically with relation to marijuana use, it doesn’t seem like the incarceration rates for marijuana users have gone down by much. In fact, between 2001 and 2010 there were 8.2 million marijuana related arrests in the US of which about 88% were for possession alone. A study found that in 2010 one person was arrested every 41 seconds on marijuana related charges. These numbers are astonishing considering the leaps and bounds those advocating for the legalization of cannabis have made.

In July 2011 a 75 year old disabled veteran named Lee Carroll Brooker was arrested for possession of marijuana. Due to chronic pain Mr Brooker was growing marijuana plants for his own medicinal use in Dothan, Alabama where law mandates that anyone with prior felony convictions be sentenced to life without parole for the possession of more than 2.2 pounds of marijuana. Two decades earlier Mr Brooker had been convicted of armed robberies and had served ten years in prison. The plants he had been growing were weighed in entirety including parts like vines and stalks, weighing 2.8 pounds altogether. His sentence of life without parole has been deemed excessive and unjust but the court still upheld the ruling.

In another case, Jeff Mizanskey of Missouri had already had two non-violent marijuana convictions on his rap sheet when he was arrested for purchasing seven pounds of marijuana. Because of Missouri’s strict three strikes law, Mr Mizanskey was sentenced to life in prison without the possibility of parole.

Mr Mizanskey was sentenced in 1996 and almost two decades later on 1 September 2015 he was released from prison. This followed years of lobbying by lawmakers, relatives and advocates for marijuana legalization. The year he was sentenced California became the first state to legalize medicinal marijuana use and since then 23 other states have followed suit. His lawyers firmly believe that the public’s perception of marijuana and the stigma that has been lifted played a fundamental role in his release from prison.

Cases such as these are paramount in the fight to reform sentencing of non-violent drug crimes, and although change happens in small increments cases like these are proof that more needs to be done to effect that change.