No Vaping on Airplanes 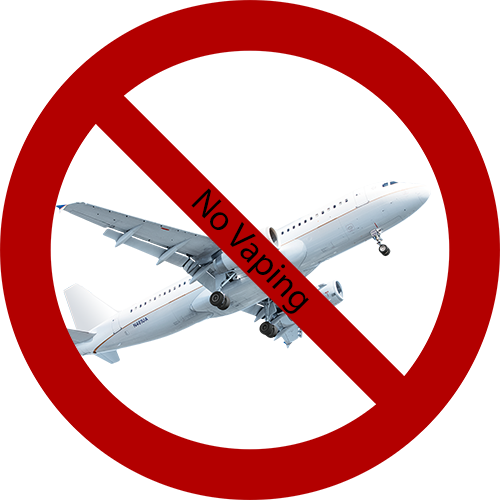 It has now been quite some time since passengers on a plane have been able to light up their cigarettes. Sensors are now routinely in place in the toilets on planes, with alarms sounding the moment anyone tries to take a quick unnoticed puff. Those who go the eCigarette or vaporizer route have been caught in a bit of a limbo, as there has been some confusion as to whether not it was okay to vape while in flight. The ambiguity of that situation has now been removed, as the Department of Transportation (DoT)has now made it crystal clear that having a quick vape on a plane is something that is definitely now illegal.

While the regulations specifically name eCigarettes as the banned device, it is assumed that vaporizers will also not be allowed on board. The DoT claims that there are chemicals in the vapor that may well be harmful to other people aboard a plane, although where they are pulling that information from is not entirely clear. There have not been any reports of 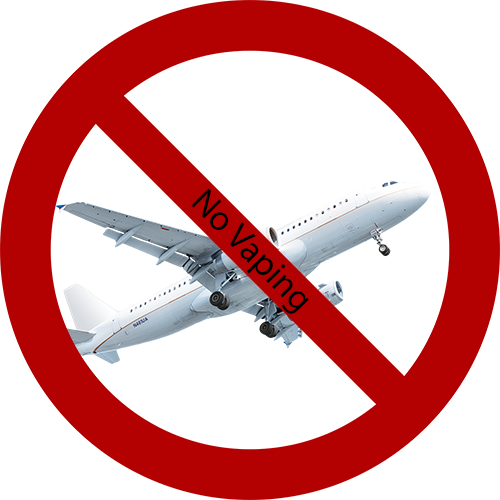 people keeling over from using vaporizers, and there are almost certainly no reports of people being taken to hospital suffering from the effects of exposure to the water vapor produced by an eCigarette.

What we are on now is a slippery slope that could see rules and regulations for vaporizers potentially becoming as strict as they are for cigarette smokers. Now that people with vaporizers can’t use their devices on planes, how long before they are forced to go into those little glass smoking boxes that are reserved for cigarette smokers in the airport? People vape because they are trying to escape the allure of cigarette smoke, but now they are being pushed back into the arms of a mistress that they do not want to see anymore.

The timing of this latest rule change makes you wonder if the DoT actually believes the story that they are trying to sell. The first discussions about bringing in laws that would ban eCigarettes and vaporizers on commercial flights in the US started way back in 2010. That was then followed up by an “interim final rule” in the fall, before making an official final rule in the past couple of weeks. Again, this all suggests that this was by no means a decision that was easily reached, and you get the sense that the DoT was perhaps scrambling to try and find a legitimate reason to bring in the ban. It can be argued that they have yet to do that.

The only items that will be allowed on planes from here on in are nebulizers used for medicinal purposes. From here on in, vapers are going to have to pack their vaporizers and eCigarettes in with their luggage when travelling, whilst being forced to sit beside people wearing cologne or perfume that is strong enough to make their eyes water. It may just be us, but we find that kind of stink to be way more harmful and offensive than anything that comes out of a vape pen.