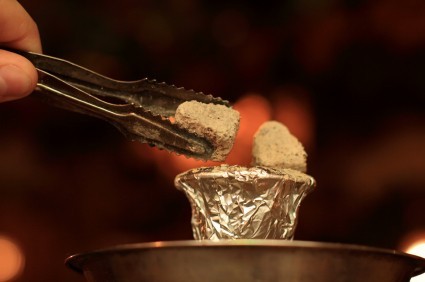 You don’t have to use marijuana to know that there is a lot of money to be made from the drug, although that usually meant being on the wrong side of the law. The tide is starting to turn, though, as some states are now starting to legalize marijuana, with many more expected to follow. This has led to a number of startup companies looking to get in early and build up their business as the states start to turn hemp green. It’s an uphill struggle for mainstream acceptance, though, with much of the business now taking place in San Diego.

The herb vaporizer pen is quickly replacing the joint among marijuana users, with pens like the Atmos Dry herb Vaporizer and Cannastick Vaporizer Pens starting to go mainstream. One of the startup companies in San Diego is taking a different approach. The Magic Flight Launch box looks like no vaporizer you have seen before, but it’s that cool vibe that is getting it so much attention in the vape world. It looks for all the world like a matchbox, but deliver a shot of dry herb perfection that other, fancier looking devices can’t compete with.

While everyone knows this little box is for smoking pot, Magic Flight simply cannot market it in that way without running afoul of the Feds. It’s a strange way to have to do business, but it is how it has to be for the time being. On the bigger end of the device scale is the Herbalizer, which is made by another San Diego startup company. This particular dry herb vaporizer kit is bigger and pricier than the Magic Fight Launch Box, but it also comes with a few extra bells and whistles, such as allowing the user to control vape temperatures. The makes, of course, claim their product is for use with every herb other than marijuana.

While most companies are reticent about mentioning marijuana when talking about their herb vaporizer pens and devices, the makers of the MyDx are a little more up front. Their product is a device that hooks up to your smartphone and tell you more about the content of what you are about to vape. The reason that this company can talk so openly about marijuana is because they are not making a device to smoke it. As such, it does not fall under the paraphernalia laws attached to other vaporizers.

The one thing that all of these companies have in common, besides their attachment to a burgeoning legal marijuana industry, is that they believe it will all be legal within the next 5 years. The belief is that the marijuana industry will rake in $10 billion annually by the time 2018 rolls around, which is not an amount to be ignored. Until that time, marijuana users are still going to have to go the discreet route, which is fine, because they have plenty of different vaporizers to choose from that will help them do just that.