There's plenty of talk about the legalization of marijuana in the US, and the number of states that are at least allowing medical marijuana are starting to grow. While the process seems to be a little too slow moving for most, the same cannot be said north of the border, where new Canadian Prime Minister is committed to making marijuana legal. While the wheels are very much on motion up in Canada, there are still some issues that need to be addressed until people can legally load up their hookah pens and vaporizers with weed.

One of the biggest issue right now are the number of gray market dispensaries that are currently in operation in Canada. A big part of the problem is that people who are legally able to make use of medical marijuana essentially have to jump 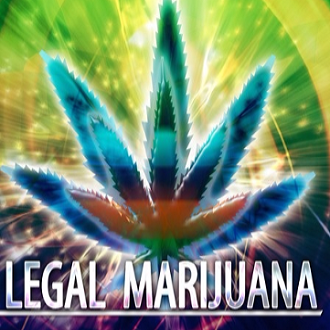 through hoops to get it. They are not allowed to grow their own weed at home, and currently have to go the mail order route through a single source in Halifax to get the marijuana they need to treat their ailments. This has caused gray market dispensaries to open up in every major city, making it impossible for local law enforcement to keep up.

This may be all about to change, though, as the Allard case has gone in the favor of pro-marijuana people who want to see patients able to grow their own weed, and for dispensaries to operate without fear of being raided. The judge overseeing this potentially huge case, Justice Michael Phelan, ruled that not allowing medical marijuana patients to grow weed in their own home was an infringement of their Charter rights. His ruling now means that the government has just 6 months to come up with a law that will change the way in which things are done right now.

For now, the raids continue unabated, but those in favor of the dispensaries argue that they should be allowed to operate untouched, as they provide patients with invaluable advice on marijuana strains that may help with their specific medical problems. Justice Phelan seems to agree with this, as he believes that dispensaries are at the heart of the access to medical marijuana, which makes them incredibly important to those that rely on their services in the treatment of their health issues.

The feeling here is that the current regulations put medical marijuana users between a rock and a hard place. If they cannot grow at home, and do not have access to a dispensary, they are forced to take to the streets in order to fill their vaporizers with strains that are not of a particularly high quality. It’s going to be interesting to see how this all goes down in the next 6 months, and you can bet that a lot of the states who are contemplating voting on making marijuana legal are going to be paying attention to how this one plays out.