The effects of cannabis 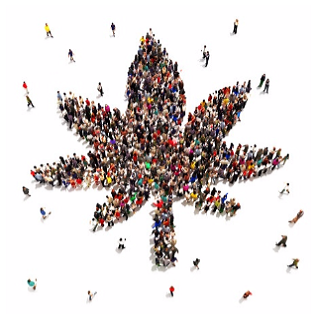 We’ve all heard the saying; women are from Venus and men are from Mars. As much of a cliche as it may be, it is also very true in more ways than one. Women and men function differently, have different hormones and generally just think differently. But does that mean that men and women also react differently to certain stimulants such as cannabis?

Although not much research has been done on the topic, there does seem to be reason enough to believe that this is in fact the case.

In general, men are more inclined to use drugs and stimulants than women are, and marijuana is no exception. Women who do use marijuana also seem to consume less of it and less frequently as opposed to their male counterparts.

During a study it was found that men who smoke marijuana are more prevalent to report panic and personality disorders. Women however seem to experience more dizziness while high and claim to use it mainly for anxiety rather than just recreation.

Another curious find is that men seem to be more prone to getting the munchies and women tend to be more forgetful when smoking marijuana. Considering that hormone levels and brain function is so vastly different between genders, it seems natural that a psychedelic drug will have different effects on men and women.

The chemical reaction that cannabis has on the hormones naturally released in our bodies can largely affect the way we react to different stimulants. It can also affect and alter our sexual desire and performance then since hormones play such a big part in getting physical.

In smaller doses, cannabis can act as an aphrodisiac in women whereas in men any dose can be counterproductive as it is known to decrease sexual appetite in men. Some men however did report a higher libido while using marijuana, but it’s unclear whether that has to do with the strain or the individual’s testosterone levels.

Marijuana is also linked to infertility in both men and women. The difference is that women’s bodies tend to become immune to the THC after using for a few months and their fertility levels go back to normal even while still using. That doesn’t seem to be the case for men. Their lowered fertility will remain for as long as they are frequent users. This does not necessarily mean that pregnancy cannot happen while high, it simply means that fertility levels are lowered significantly.

There are many factors that can change the effect that marijuana has on a user and based on the minimal research on the subject, gender definitely plays a part in the outcome of a puff. We at Portable Hookahs encourage you to understand CBD in Cannabis, and how it differs from THC. It is possible that you are looking for the effects of CBD and do not need THC to resolve an issue where you believe medical marijuana to be helping.