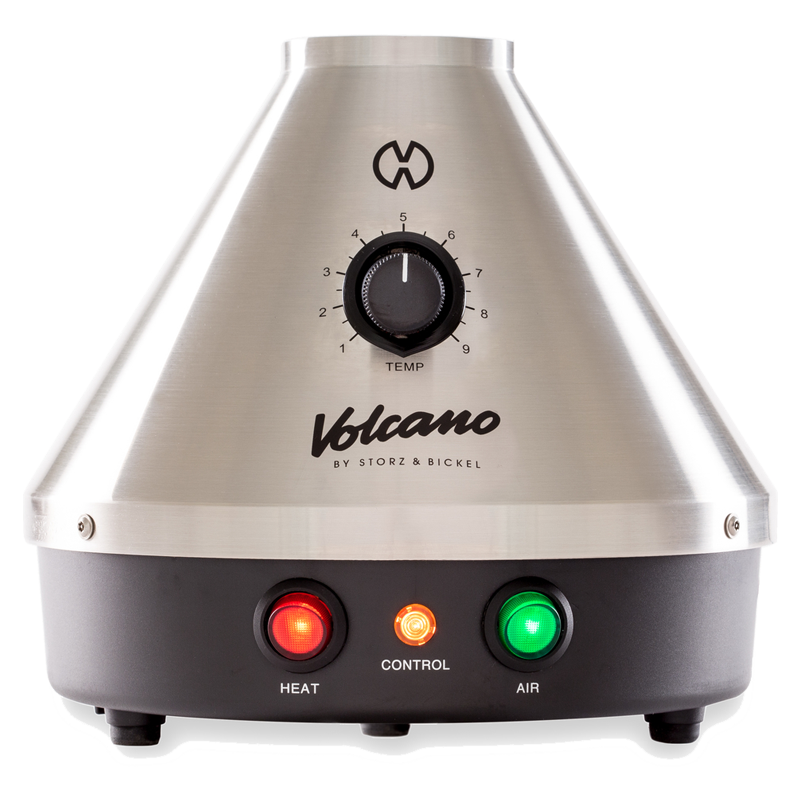 We tend to think of a weed vaporizer as something that is relatively new to the marijuana scene, but the fact of the matter is that these devices have been around for quite some time. Sure, back in the day it was usually the larger table top variety of vaporizers that were being used as opposed to the sleek and stylish mobile pens that seem to be everywhere you look nowadays. The question that this then begs is how long the medical community has known that vaporizing weed was a much safer way to go than lighting up a joint. We are not entirely sure how far back the history goes, but we did recently learn about an interesting study done back in 2007.

The research was performed at the San Francisco General Hospital, and involved looking at the safety of using a vaporizer on medical marijuana patients. The device that was used back then was known as the Volcano, and you may be interested to hear that the rather futuristic, space ship looking device is still on the market today. The results of the research showed that using the vaporizer to get the rapid benefits of marijuana was a much healthier option than smoking joints. The reason, as most of you probably already know, is that you don’t have to breathe in all the potentially harmful smoke whilst using a weed vaporizer.

This test was performed at a time when medical marijuana was still a twinkle in the eye of pro-weed advocates who knew the many health benefits of weed. Research performed the previous year and published in the Journal of Pharmaceutical Sciences also reached the same conclusion when talking about vaporizers, which was that it was a safe, healthy method of taking marijuana that warranted further medical research.

2007 really isn’t that long ago in the grand scheme of things, so it seems amazing that we have come so far in such a short period of time. Medical marijuana is now available in a growing number of states, and it is weed vaporizers that are the preferred method of the medical community when prescribing marijuana to medical patients. We will, of course, have to wait a number of years to see the long-term effects of using vaporizers, but all early signs point to it being a much safer way to take marijuana.

Safety is a huge concern, and the fact that the growing of marijuana is now heavily regulated due to the legalization in certain parts of the country makes it safer than ever. The plant used to make CBD oil are free from pesticides, and any time some plants do slip through the cracks, the authorities are in place to make sure that those samples do not fall into the hands of the general public. It is certainly going to be interesting to see how much more progress is made in the next 7-10 years. Hopefully everyone in the country will be able to gain access to the marijuana that we now know can be so helpful in the treatment of so many ailments.