Before legalization in Colorado, the smell of weed was something that was confined to certain areas of the most populous 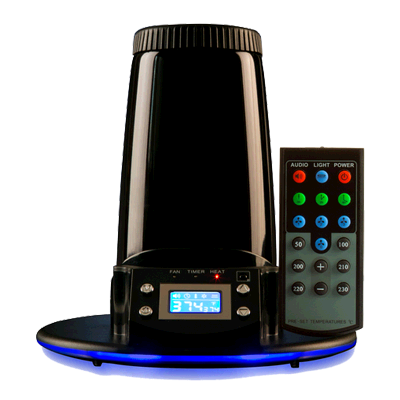 cities. Nowadays, it doesn’t seem to matter where you go, as the smell from joints and vaporizers has become as common as the air that the people of Colorado breathe. Head to a concert at the Pepsi Center or Red Rocks Amphitheater and you will catch more than a little whiff of marijuana in the air. While all of this signals that weed is here to stay, there are other signs that prove the drug is now becoming socially acceptable.

Walk or drive around Denver and you will see pot stores open for business on all the major streets, as well as brightly colored ads for desktop vaporizers and other modern day marijuana devices. There is a validity to these places that is helping to take away much of the stigma that was once attached to smoking marijuana. Vaping in particular has become incredibly cool, and using vape pens to get your weed fix is now considered cooler still.

There was something of a misconception among anti-legalization types that making marijuana legal would simply lead to a proliferation of slacker type stoners on the streets of Denver and all the other major Colorado cities. They have been proven wrong, though, as there is now a genuine interest in the business of marijuana. Book stores and libraries across the state are ow home to a growing number of books on the subject, as people want to learn more about marijuana and its potential benefits.

Perhaps the biggest sign of social acceptance of marijuana in the state of Colorado is the growing number of people who are looking at weed as a possible alternative to their current prescription medications. In the past, there were many people unsure about exploring the possibility of marijuana as a health treatment, most because of the stigma attached to those people who regularly partook of the herb. It probably also helps that the strict regulations on the growing of weed ensure that people are going to get the best strains possible. There is no longer any need to hide the fact that marijuana is being used for any reason, and that has made a lot of people a little bolder in their decisions.

Those who opposed the legalization of marijuana foretold of increases in crime rates, traffic accidents, and more, but none of that has happened. The result is that there are now all sorts of different events and clubs being planned, and all with a marijuana-friendly theme. There are Bible study classes, poker nights, and even cooking classes now being arranged, and the number of events is expected to grow as marijuana continues to become even more socially acceptable.

Marijuana has, as expected, turned into a major business venture in Colorado, but it hasn’t really gone the route that a lot of people expected. Rather than being tacky and underhanded, the marijuana business is booming in the best, most socially acceptable way possible.